THE WAVE – A 430 YEAR EPIC JOURNEY WAITING TO BE EXPERIENCED…

The true story of two powerful empire’s exerting political and economic pressure, ultimately war on each other, to maintain their supremacy in Europe.  30,000 men, 120 ships sailed through the Fair Isle Channel at 59 degrees North.  Meer fate brought our Nation’s together following a great naval battle and despite the warnings [1], many of its fleet and crew fell upon our treacherous shores, our Wild Atlantic Coast.  Its aftermath left a 430yr old story waiting to be shared with the World from within Ireland and has impacted Irish culture and the DNA of its people ever since.  Inboard of this treacherous coast now lies the Wild Atlantic Way, an amazingly successful route, which will aid and abet this epic journey for generations to come.

THE Vision of WILD ATLANTIC VENTURE ENTERPRISES’s is to create the “WAVE” Project.  Build a world-class Cultural & Heritage Centre of excellence along with satellite “beacons” on a journey that needs to be explored and experienced.  This multi-faceted, diverse, innovative WAVE project will take ownership of the events of 1588 for Irish Tourism.  The Project will engage all the senses of the visitor in many different languages providing an emotional “roller-coaster” journey through the Irish countryside.  It will be an experience of TITANIC proportions, comprising several varied and intriguing destinations as the story unfolds.  It all leads back to the “heart” of the experience – the WAVE. The WAVE Cultural & Heritage Centre will encapsulate the imagination of its central theme and will present a truly amazing, immersive and emotional experience for every age.

If you would like to see how you can be apart of this epic journey… we’d love to hear from you! 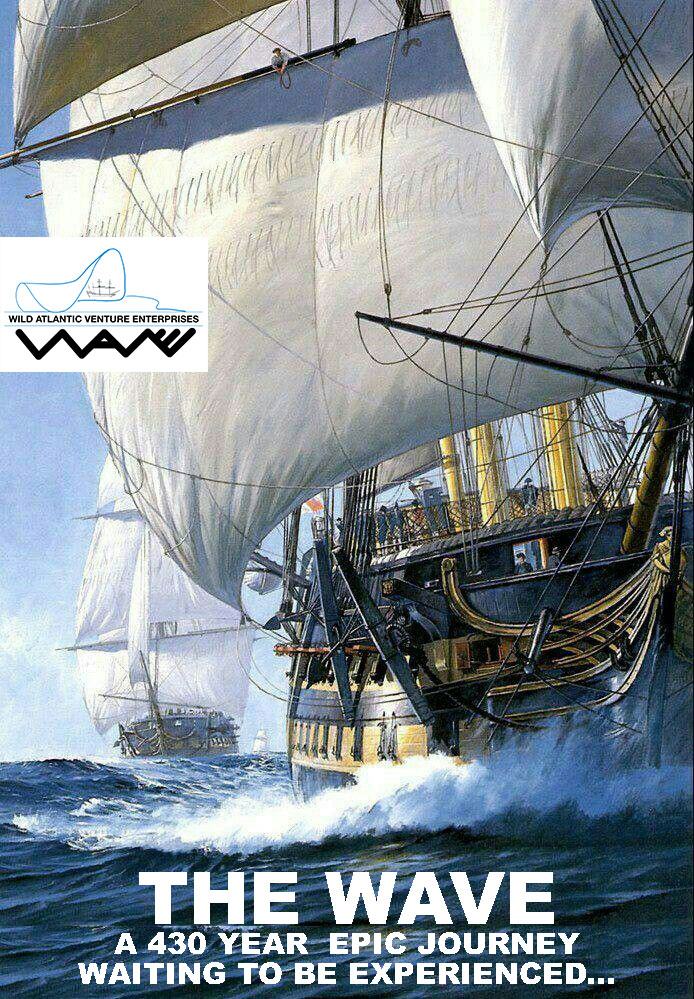 If you would like to be apart of this epic journey simply complete the form below and we look for to exploring further!

We use cookies to ensure that we give you the best experience on our website. If you continue to use this site we will assume that you are happy with it.OkPrivacy policy